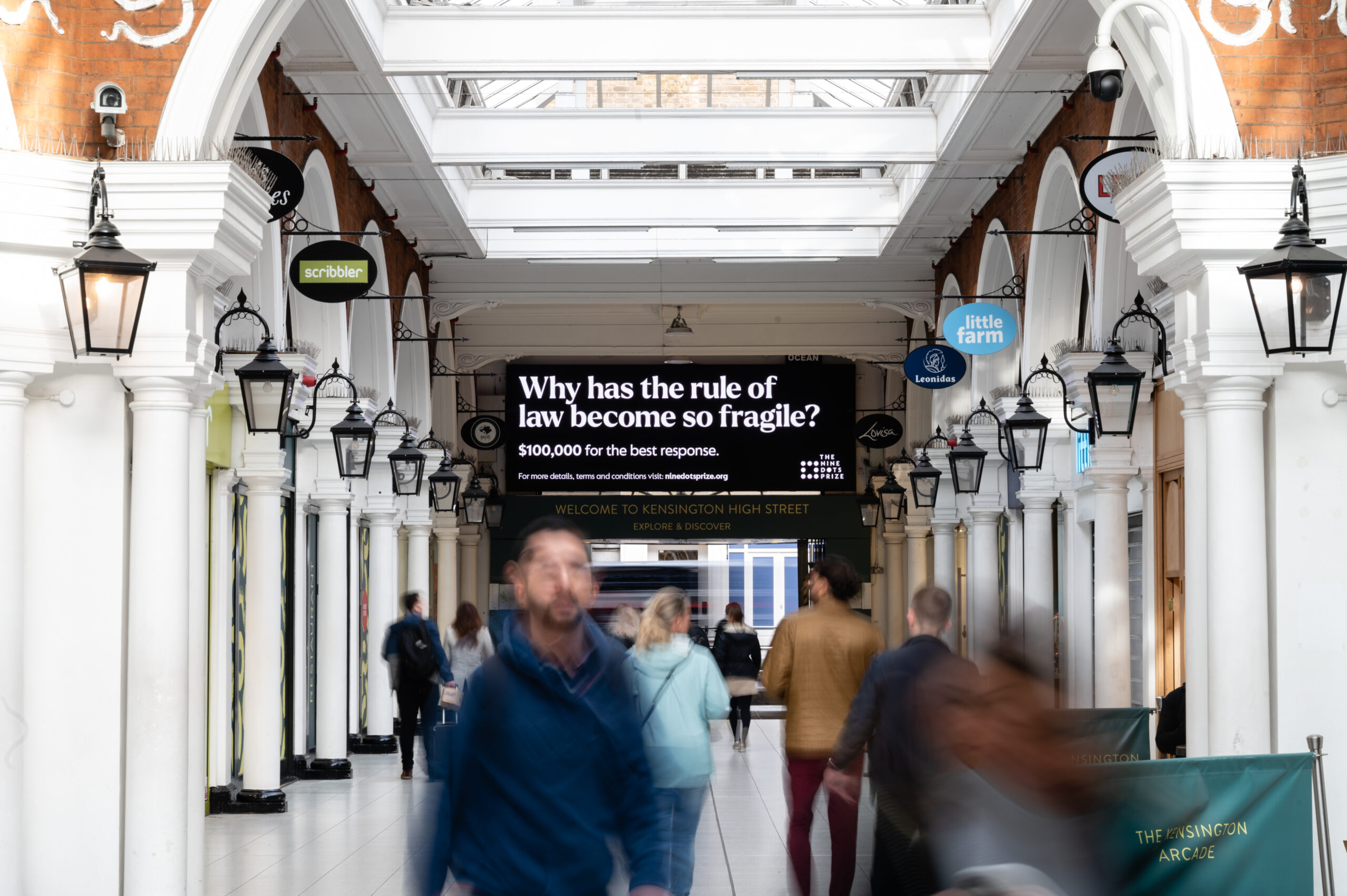 The Nine Dots Prize has now revealed the question it will pose as part of a global problem-solving competition, offering US$100,000 and a book deal with Cambridge University Press for the winning response. The question for the 2023/2024 cycle is: ‘Why has the rule of law become so fragile?’

First launched in 2016 and now in its fourth cycle, the Nine Dots Prize encourages innovative thinking and engaging new writing that confronts some of the most significant issues of our time. The Prize is judged entirely anonymously and seeks submissions from both established names and emerging talent, including those who may not have been published before. 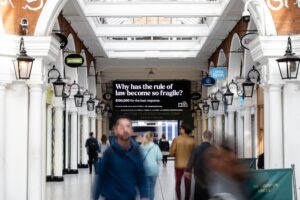 Entrants must respond to the set question in 3,000 words and provide an outline showing how they would expand their response into a short book of between 25,000-40,000 words, backed up with relevant research and evidence. The winner will receive editorial support from Cambridge University Press as well as the opportunity to spend a term at the Centre for Research in the Arts, Social Sciences and Humanities (CRASSH), at Cambridge University, to help develop their ideas and focus on their writing.

The Prize will be judged by a 12-strong Board of internationally recognised and distinguished academics, authors, journalists and thinkers. In 2023/2024 they will include Pulitzer Prize-winning journalist and author Anne Applebaum; Head of the Department of Politics and International Studies at the University of Cambridge, Professor David Runciman; and international lawyer and writer, Petina Gappah. Three new members join the board for this cycle. They are: Associate Professor of Political Science at Howard University, Professor J. Jarpa Dawuni; President of the World Federation of Science Journalists, Milica Momcilovic; and leading essayist and publisher, Urvashi Butalia. The Board is chaired by Professor Simon Goldhill, Professor in Greek Literature and Culture and Fellow of King’s College, Cambridge.

Professor Goldhill said: “The Nine Dots Prize was founded to seek out inspired answers to the big issues of our times. The word ‘unprecedented’ is overused, but it does feel as if the years since our launch have been particularly full of dramatic events, challenges and changes across the globe. We always aim to set a question that reflects the world we’re living in currently but also has some longevity and looks to the future. We hope that this year’s question resonates with people all over the world and that, as a result, we see entries from more countries than ever before.”

Previous questions posed by the prize, in chronological order, are:

The resulting books have been published to critical acclaim:

2021/2022 winner Trish Lorenz said: “Winning the Nine Dots Prize is life changing. I’d been travelling and reporting out of sub-Saharan Africa for over a decade and was frustrated that in the global North, narratives around the continent and its young people are often one dimensional. The prize enabled me to research, write and publish a story that otherwise would not have been told. Winning also includes the experience of working at Cambridge University and with Cambridge University Press. Being exposed to the university’s world leading scholars, teachers and editors broadened my outlook on what it is possible to achieve. It has changed both how I work and the kinds of projects I’m considering for the future. The prize money is obviously incredible (and liberating) but it is the way the experience expands your horizons and capabilities – through the work involved in researching and delivering the book, the people you meet, the talks you attend and give – that I’ve found to be the biggest prize of all.”

The Nine Dots Prize is open to anyone worldwide aged 18 years or over writing in English. Entries must be submitted via the online submission form by midday (GMT) on Monday 23rd January 2023.The winner will be announced in May 2023.